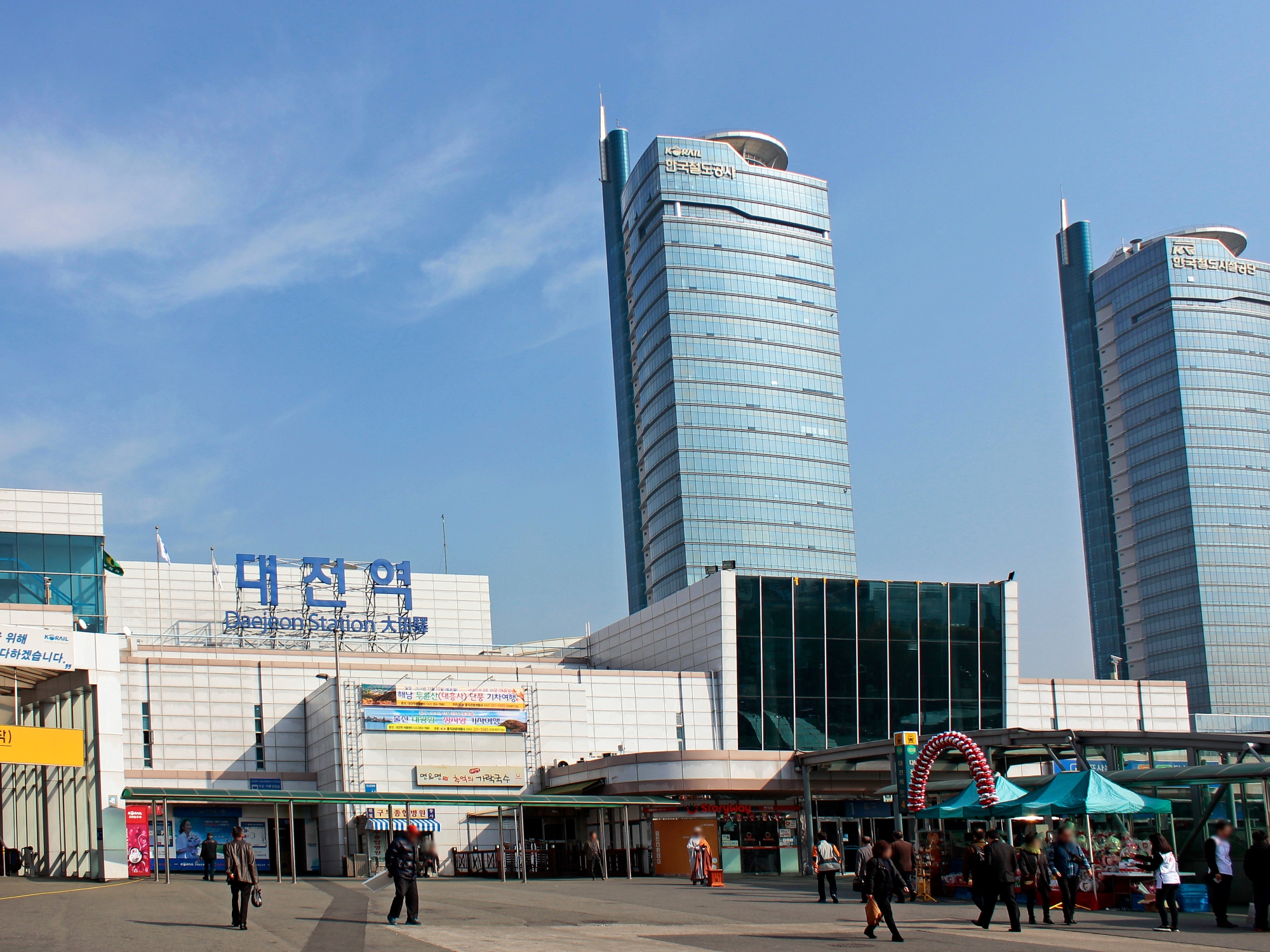 The following vignettes are taken from my time abroad as a Fulbright ETA in Daejeon, South Korea. This post was originally published in Volume 9.2 of  Infusion, Fulbright Korea’s literary magazine.

This is the fifth time you’ve seen him this week, passing by on his bicycle. He seems nice enough. He even looked friendly the last time you briefly made eye contact. So why do you always look away?

Why don’t you smile at him? It seemed like he was about to smile the last time you looked but you quickly averted your gaze. Why? Are you ashamed? What’s there to be ashamed of?

I know. It’s because you think you’re better than him don’t you?

Let’s break it down –

You: Were born in America, speak English with an American accent, and teach conversational English as a “cultural ambassador” of the grand old U.S.

Well that’s nice, but doesn’t that all seem a bit convenient? You just happened to be born in America, thanks to the fact your parents went to graduate school in Virginia.

He: Was likely born in India, speaks multiple languages including English (though probably with a thick Indian accent), and has a PhD if he’s living in this part of Daejeon. After all, Jeonmin-dong has the highest concentration of PhDs per square kilometer of anywhere in the world (or so you’ve been told). He not only looks considerably older than you, but also probably works as a researcher at one of the large R&D facilities nearby.

He got his job through considerable training and effort, you got yours mostly through an accident of birth.

So what is it? I mean objectively, this dude has a lot going for him. So let’s approach this from a different angle.

Is it solipsism? Doubtful. After all, you mostly try to smile at the Koreans you see on the street, despite the fact your smiles are hardly ever reciprocated.

Is it racism? Well, now we’re on shaky ground. You’re Indian-American, how could you possibly be racist towards some RID? I mean sure, it’s a little more complicated than that. It’s not that you abhor him, you just don’t want to be associated with him. After all, you’re not some plain old Indian straight outta New Delhi (i.e. looked down upon by Korean society). You’re Indian-American! You’re cultured! You’re special!

Abhik: So tell me more about where you’re from.

Random Girl at the Bar: I’m from Illinois, though pretty far outside of Chicago. I’m just your standard American–European mutt. How about you though? Tell me everything, I want to know your whole backstory.

A: India is in Asia…

RGB: “Oh, are you sure about that? I thought Asia was like China, Japan and stuff.

A: Pretty sure. Asia is a very big place–

RGB: You know, your English is really good.

A: Um, thanks? I was born in America…

A: Well…I would hope so, it’s the only language I speak fluently.

Shara’s late. Shivering from the cold, I hurry into the nearby Starbucks. With time to kill, I head to the counter to buy some kale juice, when my ears perk up at the sound of English.

Listening in, the topic of discussion is foreign to me, despite the fact that the conversation is in English. Rather than an esoteric discourse on the political and economic happenings of the world (my forte), the two patrons sitting in the corner are talking about nanotechnology.

Setting aside the fact that the two are using heavily accented English as a lingua franca, the exchange is also difficult to follow because of their heavy use of scientific jargon. You would be able to understand them if you had studied something useful I can hear my Engineering-PhD-parents retort. What even is political economy my dad inquires for the millionth time. You’re going to make how much after college my mom exclaims, acting just as shocked the thousandth time she’s asked. It’s unlikely they’d ever explicitly say so, but in their minds it’s RID 2, Abhik 0.

At dinner, Shara mentions that she saw an Indian man walking out of Starbucks as she entered. “It’s crazy right? There’s so many foreigners living in Jeonmin-dong these days, the institutes have definitely increased the number of foreigners they’ve hired since I started teaching here.”

“Yeah” I chime in, “though I think I might be the only Indian-American in this area.”

Taxi Driver: Oh, you’re going to Seoul? You have friends there?

T: America? Why are you going there?

A: Well my family lives near Washington D.C. I was born near D.C. even though my parents are Indian, so I am American.

A: Well, my parents are Indian so I still eat Indian food and know a little Hindi. But, I like American things and wear American clothing.

T: Hmm…there are a lot of Indians in Daejeon, aren’t there?

T: You seem a little different from them.

A: No, and I don’t want one. I also can’t speak Korean that well, so I’m not sure I can even have a Korean girlfriend.

Meandering through the local market, I find a small sushi shop. The shopkeeper greets me with cries in English of “welcome, welcome, sushi!” as he points at his wares. With a smile, I respond 알겠습니다 (I understand), which prompts a startled 한국말 잘 해요 (you’re good at Korean!) from the owner. I sigh with a knowing smile: it seems even the slightest use of Korean will provoke a positive appraisal of my language ability these days.

Brushing off the compliment, I place my order. While packing the salmon dish I purchased, the shopkeeper casually asks 어느 나라 사람이에요 (what country are you from)? Well rehearsed at this point, I shoot back 제가 미국 사람이에요, 전민중학교 원어민 영어 선생님입니다 (I’m American, I teach at the nearby school). Startled, the owner’s eyes pop open.

Should I add more? Should I explain that my parents were born abroad, but went to grad school in the States? That I’ve only ever holidayed in India? That I’ve spent my entire life on the Coasts?

No. I don’t need to justify my Americanness–that intangible, intrinsic part of my being–especially not to a Korean sushi vendor.